The region map (also known as the Town Map) is the picture that shows the entire region. This page describes how to set up a region map.

It should not be confused with a game map - those are the overworld areas the player walks around in, each of which typically depicts a single town or route, and are often linked together.

The region map can be viewed with the following method:

The first example will show the map of the region the player is currently in. To show a particular region's map, put its number as an argument like in the second example (the default number is -1, which means "the current region").

These examples will both show the public version of that region map (as opposed to the player's version which is accessed via the Pokégear or the Town Map item). These are typically placed on the walls of Poké Centers and some other places.

Every region map is divided into a grid of squares. By default, each square is of size 16x16 pixels. A small town is typically considered to be 1 square in size.

A region map should be 480x320 pixels in size, which contains 30x20 squares by default.

As the region map is grid-like, it is important that the towns and routes line up with this grid, so that the cursor and other icons are positioned properly over the locations. Aside from that, though, you can do whatever you want.

The region map pictures belong in the folder "Graphics/Pictures".

You can show additional pictures on (the player's version of) the region map at certain times, such as islands which originally weren't there but were unlocked. The newer GF games do this.

The script section Settings contains an array which looks like this:

Each line (itself an array) describes the details of a graphic to paste over a region map. It is made up of the following information:

The additional graphic has different criteria for being shown depending on whether the map being viewed is the public version or the player's version. Guidelines on how to define these criteria are as follows:

The same graphic can be used multiple times (e.g. a coloured city's icon).

Adding information to the region map

Each square of the region map can be given a variety of information (see the table below). To do this, you can either edit the PBS file "townmap.txt" directly, or you can use a special html file included with Essentials called "townmapgen.html" to help you.

The information each square of a region map can have is as follows:

Note that the ONLY way in which the region map corresponds to game maps is when "Fly Destination" is defined.

Conversely, the ONLY way in which game maps correspond to the region map is when the "MapPosition" metadata is defined for a game map. This metadata is used for several things, including showing the player's current location.

"townmapgen.html" can be found in the game project's main folder. When it is opened, it loads the file at "Graphics/Pictures/MapRegion0.png" and sets the square size (in pixels) to 16x16. You can then load a different map image to work on and change the square size if you want.

From here, select a square by clicking on the map (a small white dot will appear over the chosen square) and fill in the details. Once you have done so, click the "Save" button to convert the information for that square into text in the box at the bottom of the page.

The information is converted into the correct format required for the PBS file "townmap.txt". You need to copy this line and paste it into "townmap.txt" (see below for an example of what it should look like). You can define multiple lines and then copy them all across at once.

You can also paste lines from the PBS file "townmap.txt" into the big text box and then click the "Load" button to make all their white dots appear on the map image and be editable

This is an example of a region map as defined in the PBS file "townmap.txt".

The first point defined has a location name, a Point of Interest, and is a Fly destination - when choosing to Fly to this square, the player will move to map number 2, at coordinates (8,8).

Note that all the commas must be there in each line, even if there is no information for them to separate.

Icons on the map

The player's current position, and the valid Fly destinations, can be marked on the map by icons. These are located in the folder "Graphics/Pictures", and are called:

The player's current position will always be shown on the map, and the Fly destination icons will only be shown when using the move Fly.

Note that the Fly destination icon is only a single map square in size. You should not have two squares adjacent to each other which are both Fly destinations, as the Fly icons will overlap. For locations spanning multiple squares that can be flown to (e.g. large cities), it is recommended that only one of those squares be a Fly destination to avoid overlapping icons. 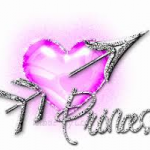