This page describes Shadow Pokémon, a variant of Pokémon that have had the door to their heart shut.

Shadow Pokémon are a special kind of Pokémon. Their "door to their heart" has been fully closed, allowing them access to powerful Shadow moves which are super-effective against every Pokémon type (except Shadow), but they cannot gain experience points. By battling with them, their heart's door will open, and once it has been fully opened they can be purified back to regular Pokémon.

The sprite and icon files should have "_shadow" at the end of their file names.

There are several things you need to do in order to have Shadow Pokémon in your game.

Edit the PBS file "types.txt" to include the following type:

The Shadow type's number may be different in your game. You should also make all other types have a weakness to the Shadow type.

Edit the PBS file "moves.txt" to include the following lines:

Again, the ID numbers may be different. These moves already have their effects defined in the script section Pokemon_ShadowPokemon, so this is all you need to do here.

Note that the PP of Shadow moves is 0. This means that they are infinite use.

Aside from the PP, there is nothing special about these moves, and they can be given to Pokémon in the same way as any other move. However, Shadow moves typically can only be obtained by Shadow Pokémon, and only by the method mentioned below.

To define which Shadow moves a Shadow Pokémon of each species can know, edit the PBS file "shadowmoves.txt" to include lines such as:

If a species does not have any Shadow moves defined for it, then its only Shadow move will be Shadow Rush.

When a Shadow Pokémon is generated, it will first be given its initial moveset as normal. Then, starting from the first move, some/all of the initial moves are replaced with the Shadow moves defined for that species. This is its Shadow moveset. All Shadow moves will be available immediately, while the other moves are unlocked while opening that Pokémon's door to the heart.

It is recommended that you specifically define the initial movesets for all Shadow Pokémon (in the PBS file "trainers.txt"), to make sure that the appropriate moves are replaced by Shadow moves.

You don't have to list just Shadow moves in the PBS file "shadowmoves.txt"; you can list any move that exists.

You can also include some items that allow the player to purify Shadow Pokémon more quickly. Add these lines into the PBS file "items.txt":

Again, their effects are already defined in the script section Pokemon_ShadowPokemon. These items should have icons just like any other item.

Most Shadow moves will cause the user to enter Hyper Mode after using them.

While a Shadow Pokémon is in Hyper Mode:

Calling to the Shadow Pokémon will cause it to snap out of Hyper Mode. Calling is only possible in trainer battles if the Shadow type is defined.

To make all Poké Balls work as Snag Balls, simply use:

Alternatively, if you want to make one particular Poké Ball item into a Snag Ball, you will need to edit that Poké Ball's definition in the PBS file "items.txt" as follows:

The last number in this line should be a 3 if it is a Snag Ball (it is 4 if it is a regular Poké Ball item).

When a Shadow Pokémon has been captured, its species is recorded as caught in the array $Trainer.shadowcaught[species] (i.e. this entry is set to TRUE). This information can be used to alter future trainer battles (e.g. rematches where the trainer may or may not have their Shadow Pokémon depending on whether the player caught it).

A Shadow Pokémon can have its heart gauge reduced in a number of ways:

Once its heart gauge has reached zero (and it is not a Lugia), a message will state that it is ready to be purified.

When a Shadow Pokémon is purified:

The Relic Stone is a special location where Shadow Pokémon can be turned back into regular Pokémon. This can only be done if the Shadow Pokémon's heart gauge is empty.

To start the purification process at the Relic Stone, use the script:

The Purification Chamber is a way to lower a Shadow Pokémon's heart gauge.

The option to access it is in the PC menu alongside Pokémon storage and the player's PC. The option will only be shown if the variable $PokemonGlobal.seenPurifyChamber is TRUE. 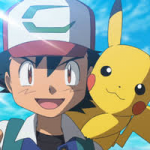